The real magic of this country begins with the first meeting from the Caucasus Mountains and beyond. Sakartvelo is a country for getting wonderful impressions from people, architecture, monuments, cuisine, history and culture. A country that surprises with its landscapes and where you want to return.

The magic of the journey begins!

Arrival at the international airport of Tbilisi, meeting at the airport. Hotel accommodation. Free time.

All sights, interesting monuments of culture and architecture are five minutes walk from each other. Start at Metekhi church and the monument to Vakhtang Gorgasali, the legendary founder of Tbilisi. Take a cable car to Narikala Fortress to enjoy breathtaking panoramic view of the city. Walk down to the district of Sulfur bath houses passing by the only mosque in Tbilisi. Stroll through the Sharden area full of narrow streets with cozy cafés, wine tasting bars, souvenir shops, and breathe in the living past. Visit Sioni Cathedral, Anchiskhati basilica and the clock tower of famous Rezo Gabriadze Theatre. Cross the Bridge of Peace to Rike Park.

10:00 After breakfast at the hotel – the first attraction along the route is an incredible city of stone Uplistsikhe: Explore the cave town Uplistsikhe dating back to Hellenistic Period. The unique sight combines various styles of rock-cut cultures where pagan and Christian architecture co-exists.
The ancient temple town Uplistsikhe, translated as the “Fortress of the Lord“, dates back from the 6th c BC and is mentioned in the chronicles of the 1st c AD. It’s located approximately 20 kilometers east of the town Gori. The echoing halls, long meandering corridor-streets, chambers for pagan worship and even the remains of the oldest theatre in Georgia, all carved out in the rocky plateau are waiting for you to be explored.

After Uplistsikhe we move to the ancient capital of Sakartvelo, the city of Mtskheta - recognized as the second Jerusalem. Mtskheta was the capital of the Eastern Georgian Kingdom of Iberia from the third century BC. Visit Jvari Church, a true architectural masterpiece of the early Medieval Period built on a hilltop. You will enjoy the views of the confluence of Aragvi and Mtkvari rivers. Visit Svetitskhoveli Cathedral, the main cathedral of Mtskheta and a sacred place where the robe of Christ is being kept.

In the evening, you can climb Mtatsminda ("Holy Mountain", from Georgian "mta" - mountain and "tsminda" - holy "), which is one of the spurs of the Trialety ridge and encloses the city from the west. From here you can enjoy a wonderful panoramic view of the whole of Tbilisi.

Explore beautiful architecture on this private full-day tour of Sighnaghi Bodbe and Tsinandali from Tbilisi. The first attraction is the 9th-century Bodbe Monastery, which according to the legend is a burial place of St. Nino, who converted Georgia to Christianity in the 4th century. After Bodbe visit the historic town of Sighnaghi — the city of love and the Royal Town, surrounded by defensive walls with 23 towers. Famous for fine wines and traditional Georgian carpets. During your tour, explore the town’s imposing 18th-century fortifications and admire uninterrupted views over the rugged landscape beyond.

After breakfast, we will head towards the Khevi - Kazbegi region - Stepantsminda Village, which was named after Father Stepan, who saved the villagers from death. On the way, we will visit the Ananuri architectural complex, a former residence of Argveti Dukes. The complex features churches and towers dating back to the 16-17th centuries, beautifully overlooking the Jinvali reservoir.. The churches and medieval towers of Ananuri rise majestically above LakeZhinvali, encircled by the slopes of the Caucasus Mountains. We continue the tour by stopping at the confluence of two, Black and White Aragvi mountain rivers near the village of Pasanauri - a small town in Dusheti district – you will meet all these incredible sites on the way to Kazbegi, a beautiful town in the Mtskheta-Mtianeti region of north-eastern of the country. Yet, through this footage and different perspective you will rediscover this mesmerizing part of Georgia from the bird’s eye view.

Kazbegi is a truly majestic place where vivid green alpine meadows nestle against snow-covered mountains. Here is located one of the highest peaks of Caucasus mountains – Mount Kazbegi. Kazbegi area is a mountains region of Georgia surrounded by narrow gorges and unspoiled mountains.After we climb Kazbeg which is considered one of the highest peaks not only in Sakartvelo, but also in the whole Caucasus, which is so rich in majestic peaks. The main attraction is the Trinity Church in Gergeti, upon arrival in Kazbegi we will change the car to an SUV and go up to the Trinity Church Gergeti, located at an altitude of 2170 meters above sea level. In good weather, you can enjoy the fascinating view of the famous Kazbeg mountain.

A trip to the western part of Sakartvelo.

The first object of the visit will be the Prometheus Cave, the underworld, the place is fascinated by its beauty, bottomless labyrinths, indescribable reliefs created in a natural way. On the way back we'll stop in the city of Kutaisi. This city is one of the five oldest cities in the world, it is 3,500 years old. Visit the Bagrati Temple, the Church of the Assumption of the Virgin. One of the largest temples in Georgia and one of the most important in its historical role, which you don’t need to look for at all - it can be seen from almost anywhere in the center. The temple is included in the UNESCO heritage list.

Transfer to Borjomi, which is located in the south-eastern part of Sakartvelo. The resort is known for all its mineral springs. The city is surrounded by mountains covered with coniferous and deciduous forests. And Borjomi-Kharagauly National Park is one of the largest in Europe.

Breakfast at the hotel.

Today’s visit is the cave city of Vardzia, a fabulous open-air museum that was the residence of Queen Tamar in the 12th century and consisted of thirteen floors and 3000 rooms, and where the monastery and the church of St. Tamar are now located. At the moment, the complex is included in the UNESCO World Heritage Trial List.

Return to Borjomi. Free time. Guests can stroll through the central park of the city, where they can enjoy mineral water straight from the spring.

Best wishes for you again and again!

"I was not everywhere, but it is on my list!"

Transfer to the airport and departure.

The cost of the tour includes:

• Comfortable bus during the whole tour;

• One bottle of water for each person every day;

The cost of the tour does not include:

• Entrance fees to the museum; 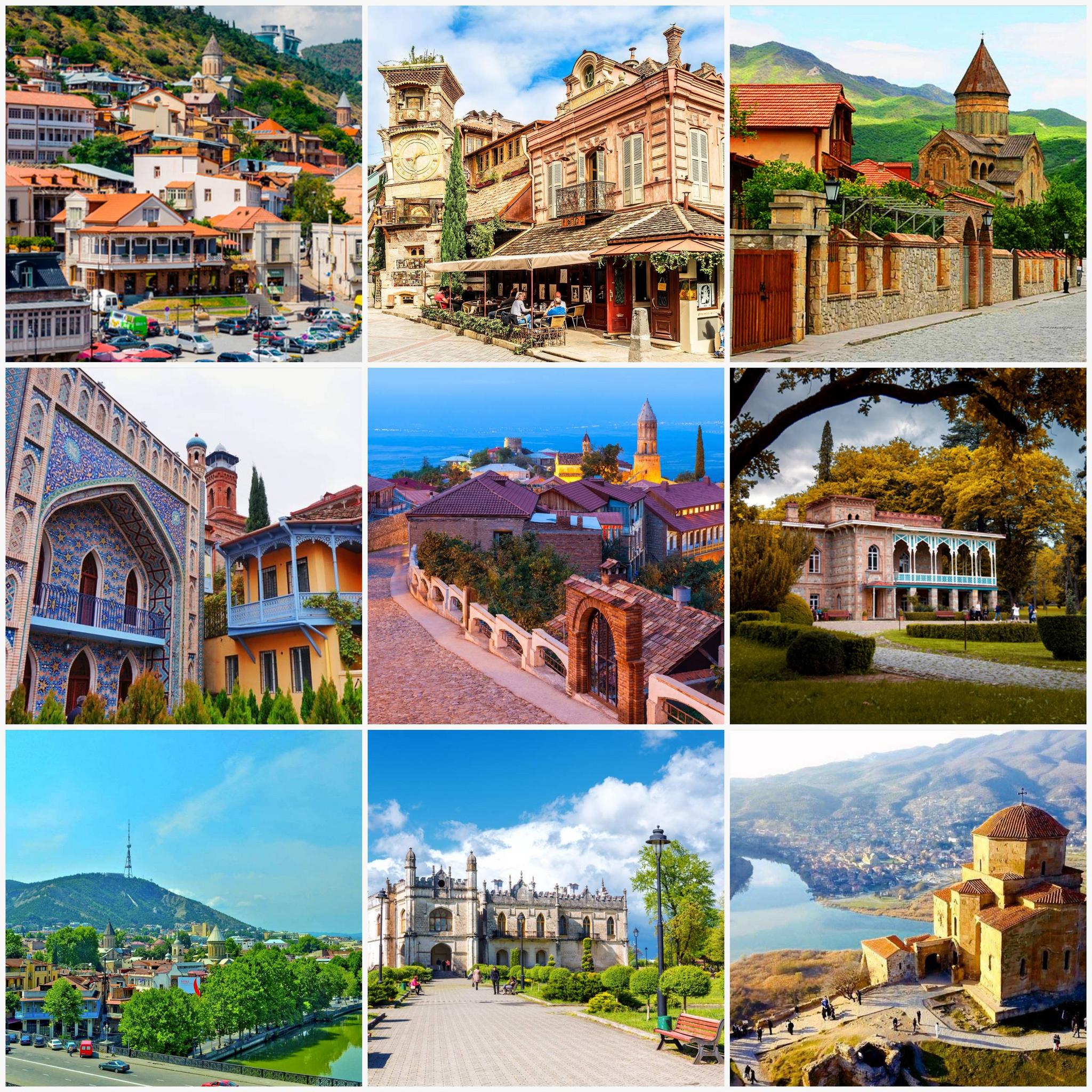